Click here to learn about the USSSA Baseball Point System

The primary focus of USSSA Baseball is the development of programs that allow teams of all skill levels to compete against one another. USSSA Baseball believes the overall development of all players can be enhanced by the experience and fun of national tournament play. Until now the majority of players were denied this opportunity because of their skill level. USSSA Baseball offers programs for four levels of play. Major and AAA programs are national programs that culminate in a World Series. The AA program is a regional program that is run by the participating states which culminates at a national tournament. The A level program is for recreational teams and competes only on the state level. State Directors determine actual team classification. 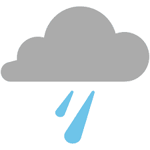 All traveling teams are required to book their hotel rooms through the approved Gameday Baseball partner hotels to be accepted into the tournament.  We qualify out of town teams that are traveling 100 miles or over to the tournament.  Hotel reservations are quick and easy with Gameday Travel. You will find our website very informative as well as a nice range of accommodations to choose from. Gameday has secured hotels and has the lowest group rate guaranteed.  Please contact Anna Kilgore for any hotel questions at 901-531-7410 or email akilgore@gamedaybaseball.com

We here at Gameday appreciate the support from our corporate sponsors! https://t.co/zrdpVQSCnK

Still have room for this one day event this month! Visit our website for dates and details https://t.co/LJQ8RSjPv3

September is here and registration is open for this ONE day event on September 22: https://t.co/BP6eHQ99Bu

RT @Baseballmemphis: 14-17u Tryouts - August 10th @GamedayBaseball 2018-19 Highlights and some of Fall Schedule included. Come be a part…

RT @USSSABSBL: Keep a smile on your face and let your personality be your autograph. #FridayFun #PlayUSSSA https://t.co/J9wrnUrSTu

RT @BattersBox: Congrats to Batters Box Elite 10U on going 4-0 and winning the Redbirds Classic championship this weekend at Gameday! This…